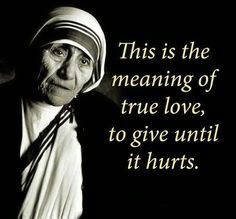 This next post in my 7 Long Takes is kind of a continuation from yesterday’s post about giving to charity even if you’re not sure how it will be used.

3. Charity and the “Feel Good” Epidemic

Speaking of charity and how to discern where to give and who to give to, there’s another thing I’ve been thinking about on that topic.

When we give money or go out and “do something good” for another person or an organization, who are we really doing it for? Them…or us? (Or both?)

Mary made a great point on yesterday’s post about this. (And I hope you don’t mind me sharing here.)

I had a situation where I felt called to give, but really wasn’t sure how the money would be used. Ultimately, I felt like I was just supposed to give, because it was more for my benefit (detachment from my money and trust) than the other person’s benefit.

What they did with the money is on their conscience. Maybe that’s why we are to give, even though there will always be poverty-it changes us.

It’s true, and like I replied to Mary’s comment, I think it’s wise to be prudent about how we give, but, at some point we have to become detached not only to what we’re giving, but also to the outcome. That’s God’s business and He’ll let us know only if we need to.

So giving to others is beneficial for us because of the detachment factor Mary pointed out. But what happens when charity becomes only about making us feel good?

Recently, a woman came to speak at a meeting I was at about the work she does with women who have chosen adoption for various reasons…usually because they are in some sort of “crisis” situation and would otherwise choose abortion. It was very enlightening to hear her and learn about the ministry but there was one thing that really stuck in my head.

She said that as much as she loves all the volunteers who have come in over the years, she’s noticed many of them do not stick around for long once they realize what the job really entails. In a paraphrased summary, she said,

Many of our volunteers came to help because it made them feel good to part of a “pro-life” effort. But once they saw what these girls were really like, how their lives had hardened them, and how mean they could be, they couldn’t stand it and left.

They wanted to feel good and appreciated. But that’s not what this job is about. It’s about doing what we can for the girls while they’re here, and then letting go of knowing if it helps them or not, letting go of the desire to be acknowledged or even thanked, letting go of ‘feeling good’, and just doing what needs to be done.

I wanted to hang my head in guilty shame after she said that. How often have I volunteered for something so I could feel important or helpful? So that I could be recognized and praised for what I did?

I thought her comment was such a profound observation and statement about modern “volunteerism”. In many ways, the trend to “do good” and get involved in some sort of charity has produced much good. There are countless of people who benefit from the many great charitable organizations we have now.

But there’s something about this trend that bothers me, something I can never quite put my finger on. I think it has to do with what she said about people volunteering because it “ feels good to help.”

I’m not saying we should put a ban on charity, not at.all. Or that we shouldn’t feel good about helping others. Of course we should!

But maybe people, including myself, need to dive down a little deeper, beyond the surface-level “feel good” sentimentality that often accompanies charitable and non-profit work.

Maybe, if we can get to the point, were we’ve stripped ourselves completely of our own egos, self-centeredness, and even our own emotional expectations of charity, then we can go beyond “volunteering” and finally get to the real essence of charity – a selfless service of true, deep, agape LOVE.