Ok, this is my first ever try at food blogging! A few weeks back, I had both my brothers over for Easter. Since I went away for school, and then moved to NYC after school, I haven’t had any immediate family around for Easter in a long time. This year, my two brothers are living just hours away from me – one up in Boston and one down in DC. Both cities are 4 – 5 hours away – practically next door by Midwestern driving standards! So I thought it would be fun to have them join their older brother for Easter weekend.

The only downside to that was it meant I would have to come up with an Easter meal. I do cook – somewhat regularly, even – but it’s usually small and or simple, enough to feed me and my wife, relying heavily on stove-top recipes where I can watch the food cooking and make sure nothing terrible is happening to it.

Fajitas, eggs, stir-fries, or other reliable stove-top standbys didn’t feel like they were quite up to Easter dinner standards, though. No, for Easter dinner, I needed something substantial. Something baked.

I decided to go with turkey breast. My office is in midtown, so after work on Friday I wandered down to the new Trader Joe’s on 22nd street to see what I could find. I was afraid I would be too late to find anything good – the Friday before Easter felt like I was cutting it awfully close for picking up supplies. I was in luck, though, and found a half-turkey breast, organically grown. There were only going to be four of us, so a half-breast felt like it’d be the perfect amount of food, especially once we included sides.

The organic was a nice touch too. When it comes to organic food, I take a mixed approach. For some certain foods, I’ve found it really does make a difference in quality. Our neighborhood supermarket offers organic apples, and I have to admit they are far and away tastier than the regular apples. On other foods, though, I feel the organic label is often more a marketing ploy than anything. The turkey-breast was a good price, though, and felt nice and firmly-springy to the touch, so in this case I didn’t have any qualms with the organic label. Also, when you’re roasting, your meat better be good quality, because while you can ruin a nice cut of meat, you can’t improve a poor one.

For the side I decided to go with mashed potatoes, a favorite of mine, and my wife helped out by making a green-bean casserole.

I don’t have the green bean casserole recipe handy so I’ll skip it, but the mashed potatoes are simplicity itself:

Mashed potatoes are a personal preference. Our Joy of Cooking recommends using a potato ricer, but I like my potatoes hearty and a bit chunky, so skins and a simple mashing give me the results I like. We have an actual masher now, but I’ve also had good results simply using a large fork.

That was the easy part. The turkey, on the other hand, made me a bit nervous as I very rarely use the oven. This was my first attempt at roasting something. Going back to the reliable Joy of Cooking, the steps were:

Having done this once, it’s hard to remember what I was so nervous about. It’s not really that much more complicated than making mashed potatoes. It would have been trickier with a full bird, as dark and light meats can cook differently, but for a half-breast, nothing too tricky.

The only hard part was the timing. The bird needs to get to a temperature of 165 to be ready (a cheap meat thermometer from Amazon works fine for checking). The rule of thumb is around 20 minutes per pound . I suspect that our oven runs a bit cool, though, because when I first checked, the bird was nowhere near that temperature. In total, it took nearly another 40 minutes beyond what I was expecting, with my brothers getting hungrier all the time.

The wait was totally worth it, though. The breast came out tender and juicy, honestly some of the best turkey I think I’ve had. There must be something to that organically-grown approach after all. We also had a simple spinach salad, so with the turkey, salad, potatoes, and casserole, it came out to a nicely-rounded meal.

Here are some pictures of the finished product. Unfortunately they don’t show off the food as clearly as I’d hoped, but I think you can get a sense of it. 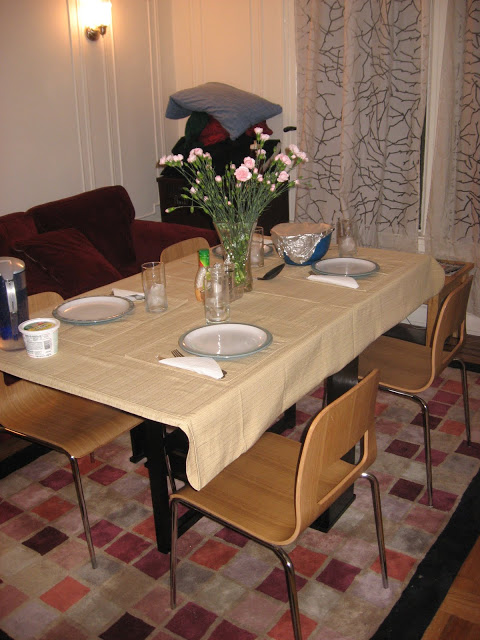 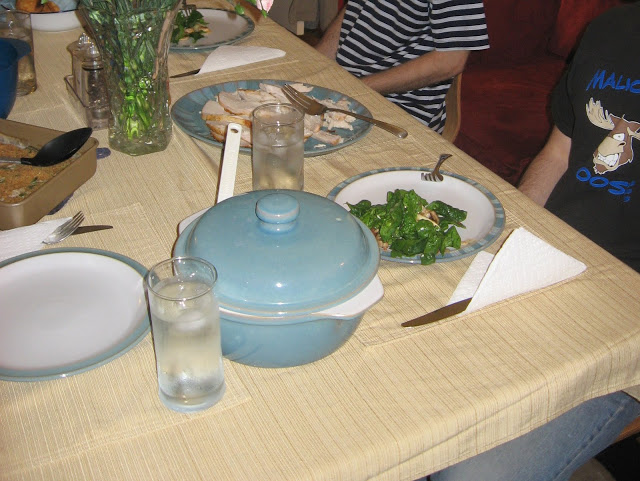 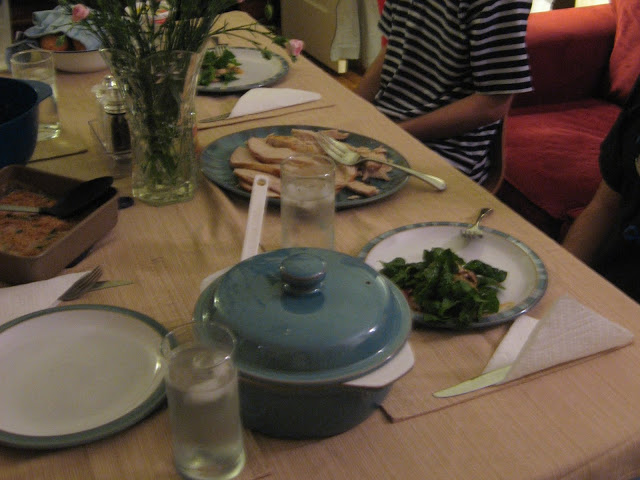