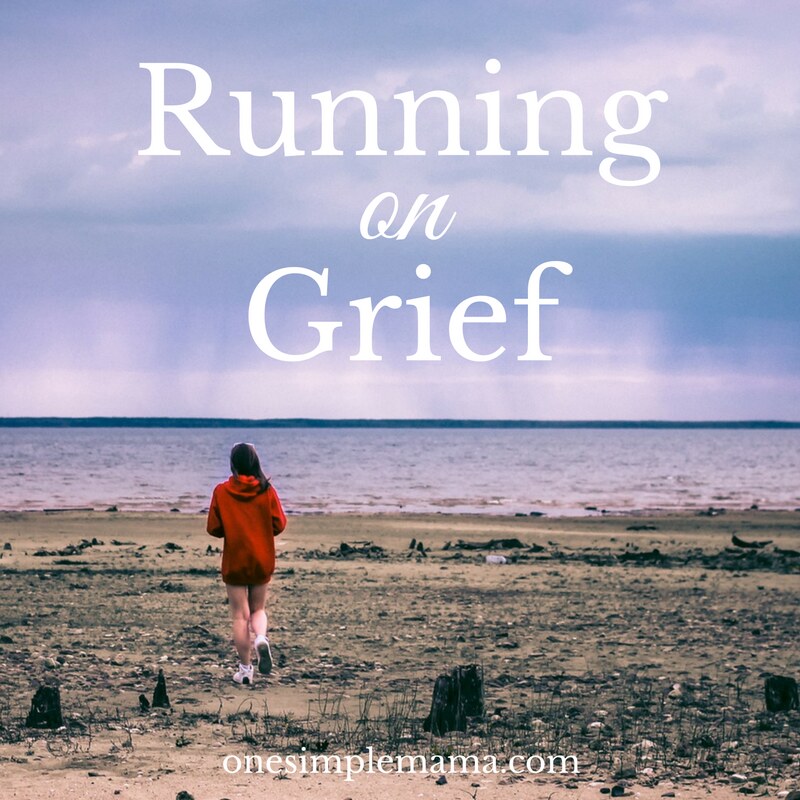 I’d like to try and start sharing a few other thoughts here about running and exercise and faith and grief that I’ve “kept in my heart” and pondered over, even though it’s almost impossible to try and put these feelings into the right words.

Sometimes while I’m running, I suddenly feel a little self-conscious as I think about what I’m doing and how silly it must look. Not just because of how I run (which I’m sure looks silly enough by itself), but I think about the why? Why would I run unless I was late (which happens often) or unless a hungry tiger was chasing me? (That happens less frequently.)

I’ve been a runner – meaning I’ve freely chosen to go out and run for “fun” – off and on for many years since about the time I was in 5th grade and track season was starting up. To many people, and even to me at times in the middle of a hard race or practice, I’ve wondered –

Why? Why in the world am I doing this?!

Over the years, I’ve learned that there’s always a deeper meaning and reason to running beyond pumping your legs as fast as you can and trying not to die in the process.

For me, that reason has varied during different seasons of my life but it’s always provided a great space and time to process my thoughts and pray.

Around this time last year, I decided I wanted to make exercise a daily habit instead of something I did every now and then when I felt like it. A friend invited me to join her in an online “Challenge Group” – basically an online fitness accountability group.

Together with that and another friend’s advice to try the Jillian Michael’s 30 Day Shred programs and the BeFit videos and acquiring a treadmill from another friend (I have great friends!), I was doing very well with developing a good routine and starting to feel pretty good too.

Then mid-November came, when my Dad’s doctors found cancer on his lungs, and then early December, when they confirmed it was non-smoker’s stage IV lung cancer (but with a very positive “years not months” prognosis”), and then, just a few weeks later, his incredibly unexpected and shocking death right before Christmas.

Needless to really have to say, I had a hard time exercising during that time – it’s hard to run or do much of anything when you have a big huge emotional knot in your stomach.

In the weeks and months after that, it was still too hard to think about exercising – it was hard enough just getting out of bed and trying to continue life “as normal” since it was anything but normal anymore.

By March, I decided I needed to do something to get myself moving again but knew it would be too hard to do it on my own at home. I needed a place to plug in until I could get moving on my own again. So I joined the Y, knowing that by paying money per month I’d have to go and make the money well spent. I made a daily schedule for myself based on the group exercise schedule and asked a few friends to help me stay committed by inviting me to come with them when they went. I thank God for the many good friends he has blessed me with.

Most people say exercising helps them feel better when dealing with anxieties. At first, for me, it made me feel worse.

I honestly didn’t really feel like doing it and I mostly hated it while I was there. I struggled a lot with thoughts and questions like, “if we’re all going to die one day and the eternal life is all that really matters why waste my time on the things of this world by exercising?” I didn’t feel like dying (though I wished I could at least take a peek and see where my dad was), yet I didn’t know how to continue living, I honestly didn’t really know what I was supposed to do. I was stuck in a room with no obvious way out.

I wanted a place to escape my grief and instead found myself confronted with it – it followed me and even intensified the harder I worked out.

The faster I ran or the harder I pushed, I’d get flashbacks of our 24-hour ordeal in the hospital, re-living the trauma of those moments. Images of my Dad in the hospital and weeks preceding it flashed in my mind with every surge of adrenaline. I missed him so, so, so much. I couldn’t get away from it.

I was lifting weights with my arms while hauling around the deadweight of grief in my heart.

Yet, since I didn’t know what else to do, I just shrugged my shoulders and forced myself to keep going.

I remember one evening – or maybe it was morning, I can’t remember that time very well – I couldn’t stand it anymore. My spirit was drowning in grief and I could hardly breathe anymore, frustrated, annoyed, desperate and confused about life, death, God, everything.

I angrily went downstairs, grabbed the treadmill key, turned it on and, like Forest, I just started running, and I ran, and ran, and ran. (Though I didn’t run till I grew a beard or reached every ocean in the US.)

I ran and it felt as if my heart opened while I ran and all the waves of emotions of sadness and confusion flowed out of me and pumped through my veins, powering me along. My legs and arms pumped and my heart sobbed and sobbed and prayed and cursed and grunted and screamed.

When I finally stopped – I have no idea how long I ran and didn’t care – a strange feeling came over me. Peace, maybe? Relief? Whatever it was, I knew it was good.

My body ran and my soul began thawing – healing.

Ten months later, I’m still running, still exercising regularly, and even ran my first 5K in my life! Slowly, I’ve started enjoying running and exercising again instead of just forcing myself to do it without any satisfaction.

I used to see people’s pictures they’d post of themselves captioning their exercise or running accomplishments and feel almost jealous of their outward “perfection” and happiness. Now I wonder if that’s what others think when they see me at the gym or hear about my running/exercise accomplishments. Maybe others think “she’s got it all together”. But really I’m still healing.

I think everyone finds different ways to process grief or anxiety or other challenges in life. For me, running and exercise (and writing about it) have become an important tool and aid in my own healing process.

Running and exercise have always provided an analogous way for me to better understand life and my faith. I’m still pondering how the finite and temporal act of exercising fits in with the whole eternal life thing. More on that to come…

6 Replies to “Running on Grief”